Ying Yang (in Chinese) or In Yo (in Japanese) refers to the two primordial forces of nature and the universe.

Derived from the ancient Taoist philosophy, Yin and Yang are indispensable for balance and harmony to be achieved and for life to be possible. 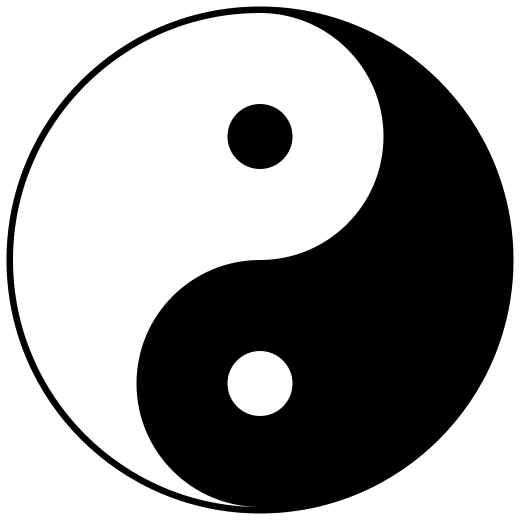 The very simple act of breathing is a manifestation of Yin (breathe in) and Yang (breathe out) and without the balance between the two we will not be able to remain alive.

By understanding how to balance Yin and Yang, you will learn how to never struggle against your opponent.

You will be sensitive to their attack, deflect or redirect it and you will attack when you have managed to weaken your opponent's structure.

Focusing on developing this ability is very important as it will allow you to not focus as much on how big or tall your opponents are but more on how to control their structure to your advantage.

Another Important Concept to Understand:

For example, if you throw a very POWERFUL lunging straight punch (Yang), at the end of that punch you will be WEAK (Yin) as you would have lost your balance forward and will need to recover your arm and balance.

Likewise, if you just push your head back to AVOID a punch (Yin), you have in the process loaded your rear leg with elastic energy that will allow you to propel yourself forward with EXPLOSIVE power (Yang) for the counter attack.

YIN and YANG move together to produce power

In our club we apply the Yin and Yang principles right from the start by trying to make all our techniques feel as effortless as possible.

Power and sensitivity are also developed to the same extent and given the same amount of attention.

Yin and Yang are constantly transforming into each other and so are Offence and Defence in Martial Arts.